As you may or not be aware Chevrolet have decided to end their new car business in Europe meaning that the sale of new Chevrolet Vehicles in Western and Eastern Europe will finish by the end of 2015. They still plan to provide service and supply Chevrolet original parts in the same manner and they expect parts to be available for a minimum of ten years after the end of 2015. This means if you are a fan of the several models that are available in the UK you will soon only be able to buy used Chevrolet cars. So below are a few of the models you will not be able to buy from new come the end of 2015. 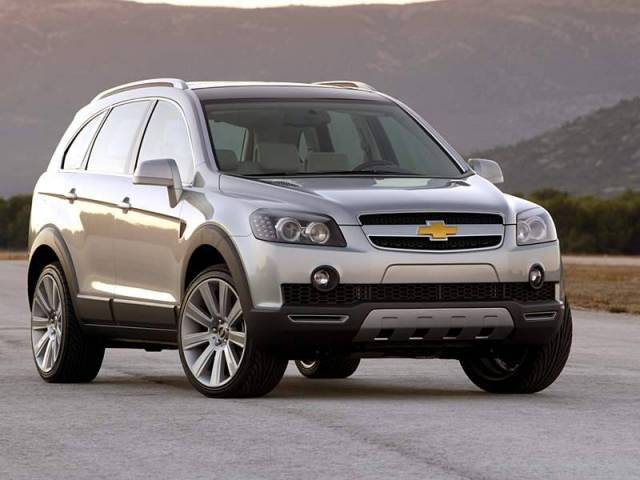 usually come in at a higher price. A Used Chevrolet Captiva at the moment will start from roughly £6000 compared to the similar used Vauxhall Antara which starts from roughly £8000 you can soon see why the Captiva is good value for money. The ride is reasonably comfy and it is a quiet car when cruising too.  It also comes well equipped with high spec features as standard.

The Chevrolet Cruze is based on the same platform as the Vauxhall Astra, just as the Chevrolet was to the Antara, and essentially makes it a rival car to the small family cars such as the SEAT Leon and Volkswagen Golf too. The Cruze is strongly engineered and well-built but the interior does leave a little to be desired when compared against some of Chevrolet’s competitors. The Cruze also managed to score a five-star rating from Euro NCAP after partaking in stringent crash tests whilst also being provided with six airbags and traction control as standard which makes the Cruze a sensible option whether buying from new or used. One of the Cruzes’ biggest selling point is the value for money it provides. A base model from new starts from roughly £15000 but you could actually pick up a Used Chevrolet Cruze starting from roughly £4000 if you’re lucky. The only underpinning factor I can gather from the cheap used costs is the cars poor residual value from new, which will be disappointing for new Chevrolet buyers but brilliant for used Chevrolet buyers.

The Chevrolet Spark is the smallest car that Chevrolet offer and has been manufactured to compete against their rivals’ city cars such as the Citroen C1, Toyota Aygo and Volkswagen Up. As with a lot of Chevrolets they do have value for money as a big selling point however the 1.0 and 1.2 litre petrol engines offer below-par emissions and fuel economy which should be taken into consideration when comparing against Chevrolet’s rivals. A Used Chevrolet Spark can be picked up from roughly upwards of £3500 although the Spark does benefit from some 0% finance deals which you may want to look into too.

The Chevrolet Volt is the Chevrolet I will finish with. It’s a shame that this model will no longer be

available as a new Chevrolet Volt or a Lease Chevrolet Volt by the end of 2015. This is Chevrolet’s original electric range extender vehicle or e-REV for short. Chevrolet’s intention was to give the driver the advantage of an electric car without any of the drawbacks. As the sister car to the Ampera, the Volt is able to travel up to 50 miles using batteries alone but once that energy has depleted then you can only go a further 500km before coming to a complete stop. It is an aesthetically pleasing car that comes well equipped and will be a popular used model when Chevrolet stop in manufacturing in 2015.